The carport in back of the hotel was built in the 1950s and was not really a historically proper element to the hotel. Originally, there was an extension to the back of the hotel that housed the hotel’s kitchen on the first floor, several guest rooms on the second floor and the catwalk to the two story outhouse in the rear yard. At some point in history, the extension was removed and possibly replaced with a balcony. I can’t be sure when that was but it was most likely after the turn of the century because all the nails in the balcony were round wire nails. The carport was later added in the 50s and we know this because there was a building permit drawn for the construction. 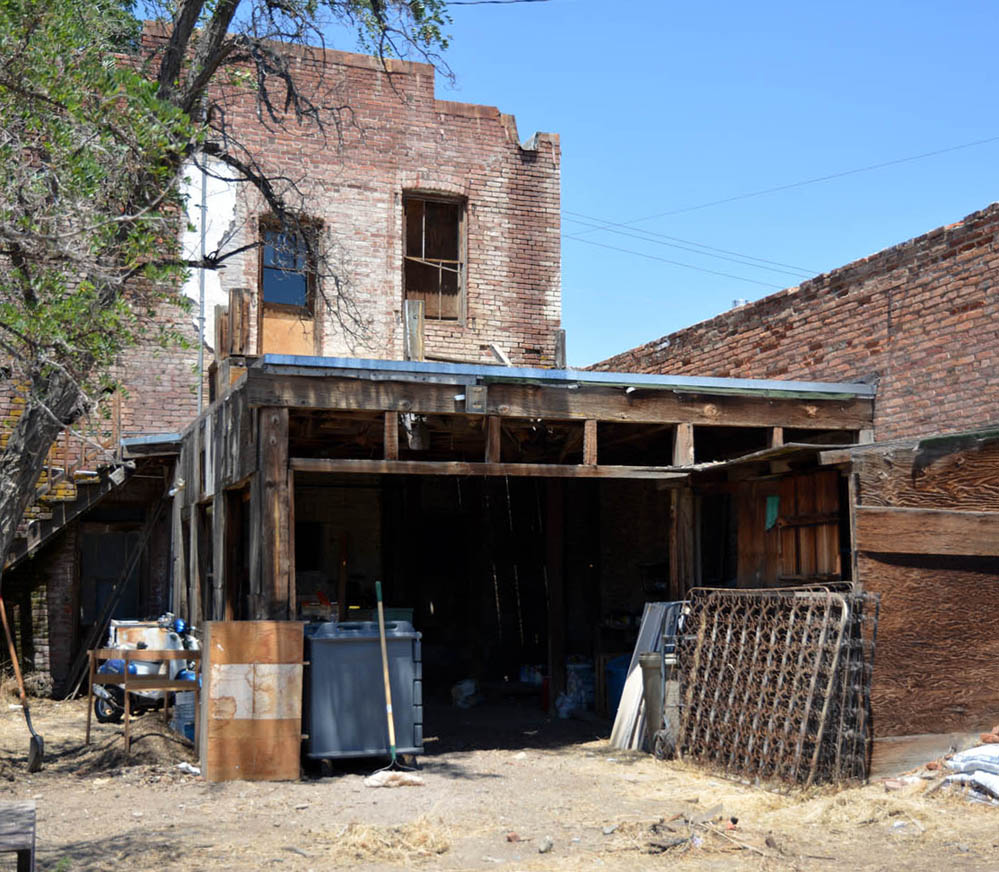 This is what the carport looked like when we bought the place.

It was dilapidated then and after two winters, it was getting a little scary but it served the purpose of keeping building supplies dry and sheltering contractors on their smoke breaks thus it stayed up for longer than we had planned.

Ironically, the carport’s final demise was triggered by cherry wood counter tops. It was my job to climb inside the kitchen cabinets and screw the counter tops to the cabinets from the bottom which seemed like a simple enough task. The problem was that cherry wood is extremely hard and even after drilling pilot holes the lag bolts were just snapping off like toothpicks. After several failed attempts I took my frustrations out on the carport which we had to tear down anyway for the certificate of occupancy. So with a fresh saw blade, I started chipping away at the roof. 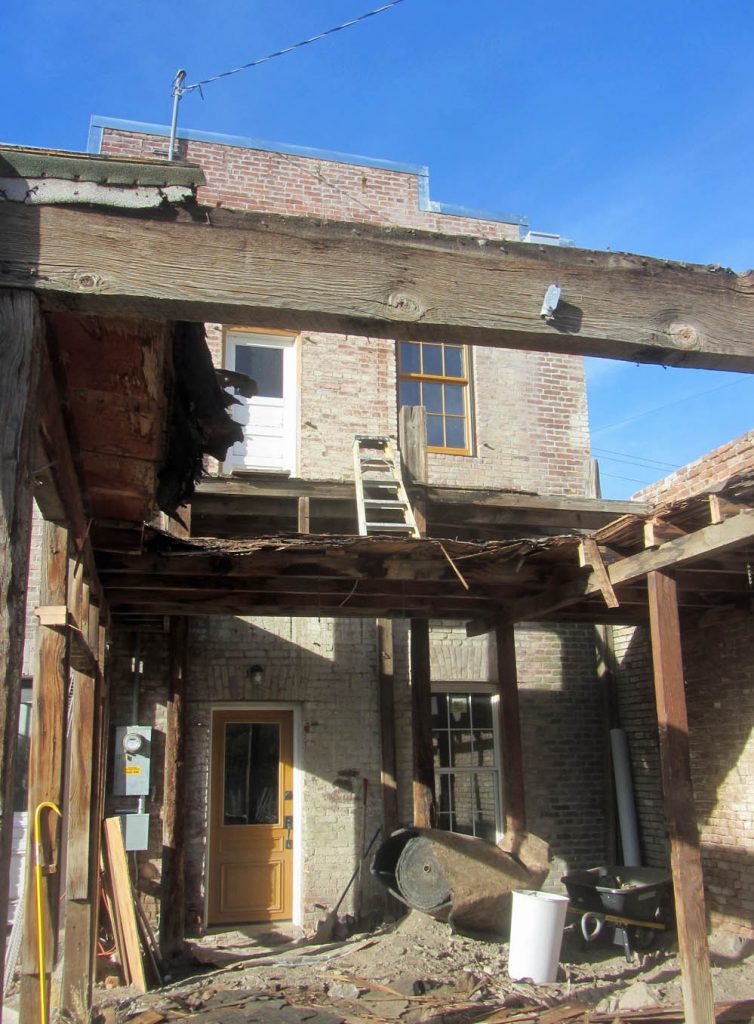 I started with the rotted parts which came out easily but the roof soon started to put up resistance. There were three layers of asphalt roofing sandwiched between three layers of plywood which was just murderous to cut through. Luckily,  some of the plywood had totally de laminated and it was easier to break it up with a pickax than to actually saw through it. Then I could saw through the timbers underneath without too much trouble.

The big question, at that point, was where to stand. Cutting from underneath required standing on a ladder and pleading with the laws of gravity to not drop anything more than 20 pounds on my head. Of course, everything up there was more than 20 pounds thus my dislike for that option. The other tactic was to cut the beams while standing on the increasingly shaky roof. This offered the distinct possibility of hanging ten and crying out “Kowabunga” as the roof collapsed underneath leaving me to land gracefully on the beach of nail infested debris below.

In the end, I did a little of both with a concentration on sawing through any connection points between the carport and the two surrounding structures, the hotel and the neighbor’s brick wall. Once the carport was disconnected from the buildings and was wobbly enough to give me the willies, I tied a rope to the most vulnerable looking column and gave it a tug. 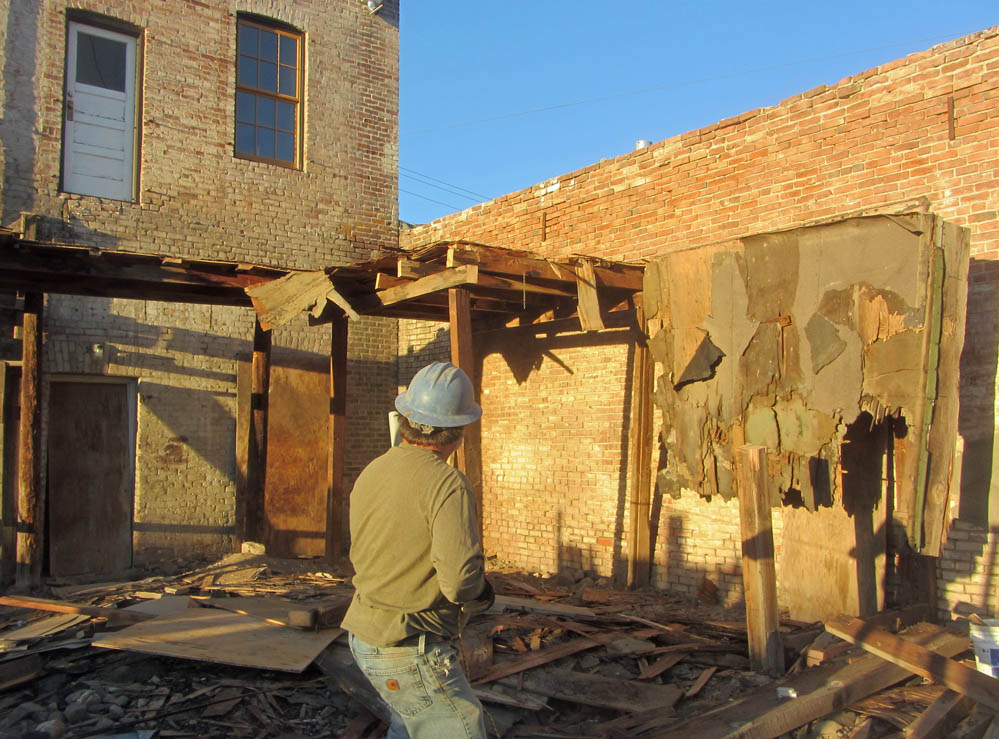 It all came down with a big crash missing everything that I hoped it would. In the fall zone were several windows, the electric meter and the gas meter and nothing was even scratched. 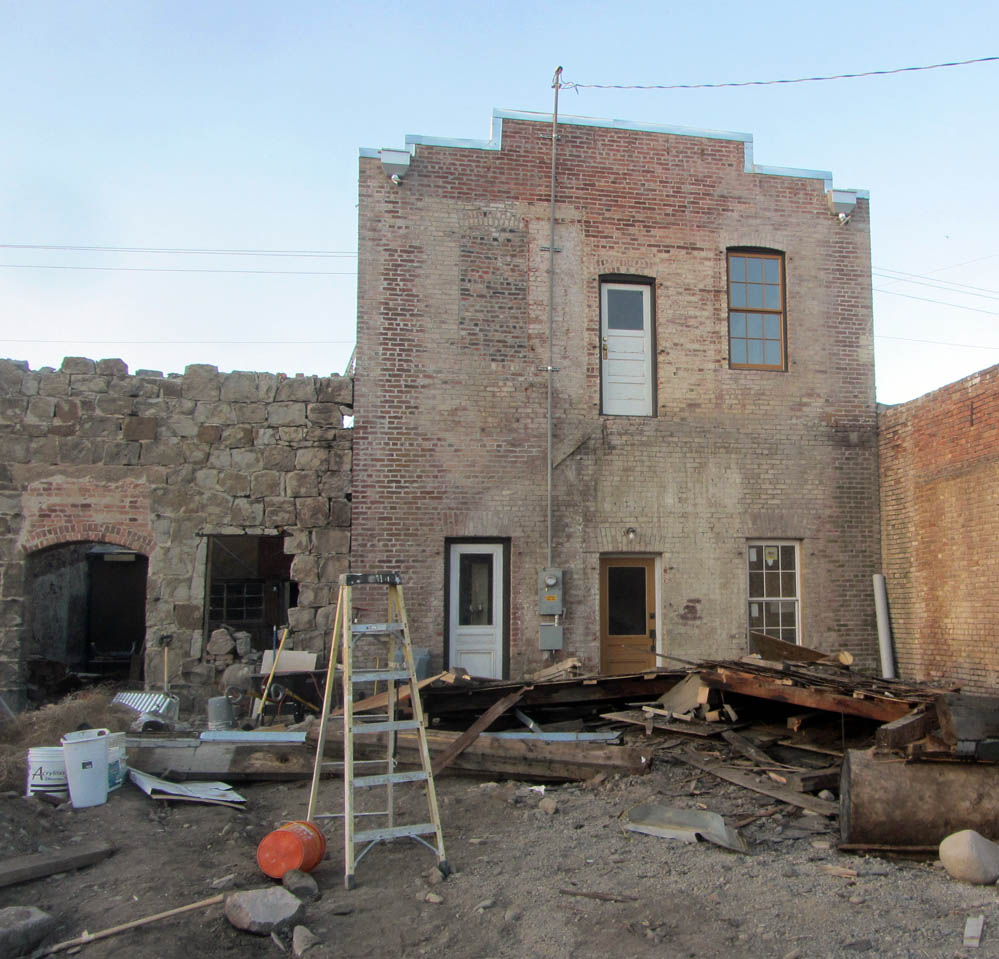 And now, the scariest task of this project is done. As for the cherry counters, I discovered self tapping lag bolts which drill their own pilot holes. I think they may just work.