It’s been a very busy week and the bees have been buzzing in and out without ceasing. The guys mudding the drywall started on Monday which was a challenge because they were supposed to start the previous Thursday and be done with the kitchen for the cabinet installers who were going to show up on Tuesday. Katie was able to delay the cabinet installers until Wednesday so they were able to hang cabinets only moments after the plaster and paint had dried. The mud guys were still around, of course, getting plaster dust on the new cabinets and there were a few tense moments of impromptu diplomacy but in the end, the result was pretty impressive. 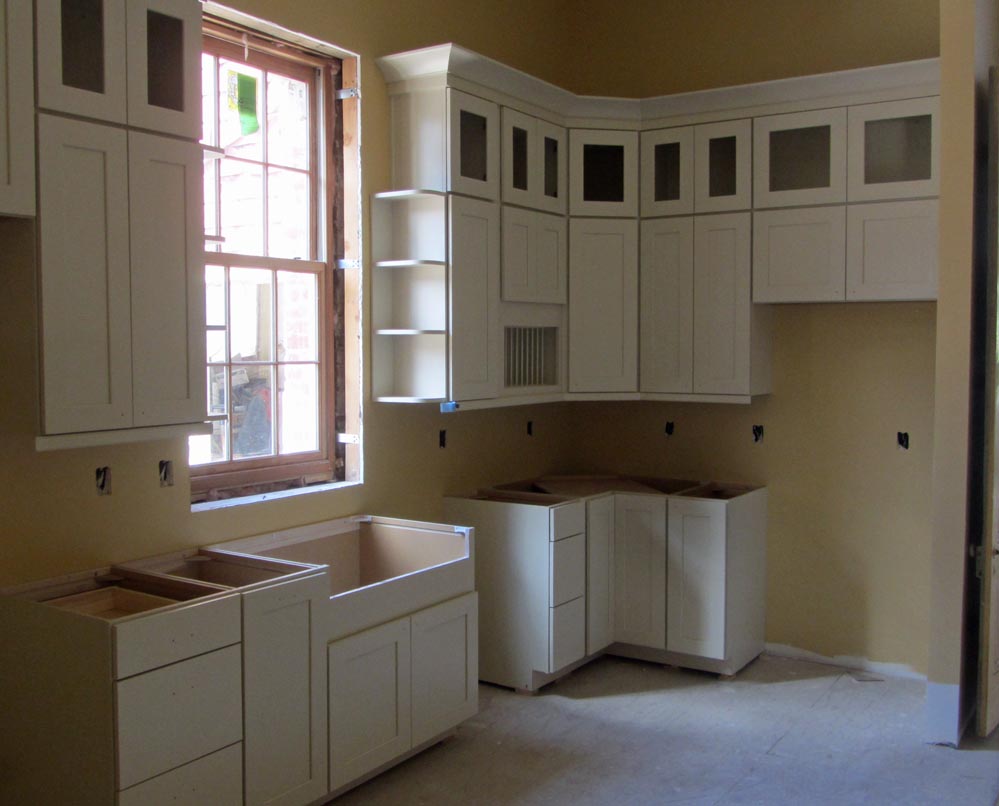 Meanwhile, the gas company made a surprise visit with an excavator in tow. They proceeded to dig up the yard and lay the new gas line to the main on Silver Street behind the hotel. Actually, this was probably the easiest task of the week in that no other contractors were claiming dibs on the back yard at that moment and their work progressed smoothly. 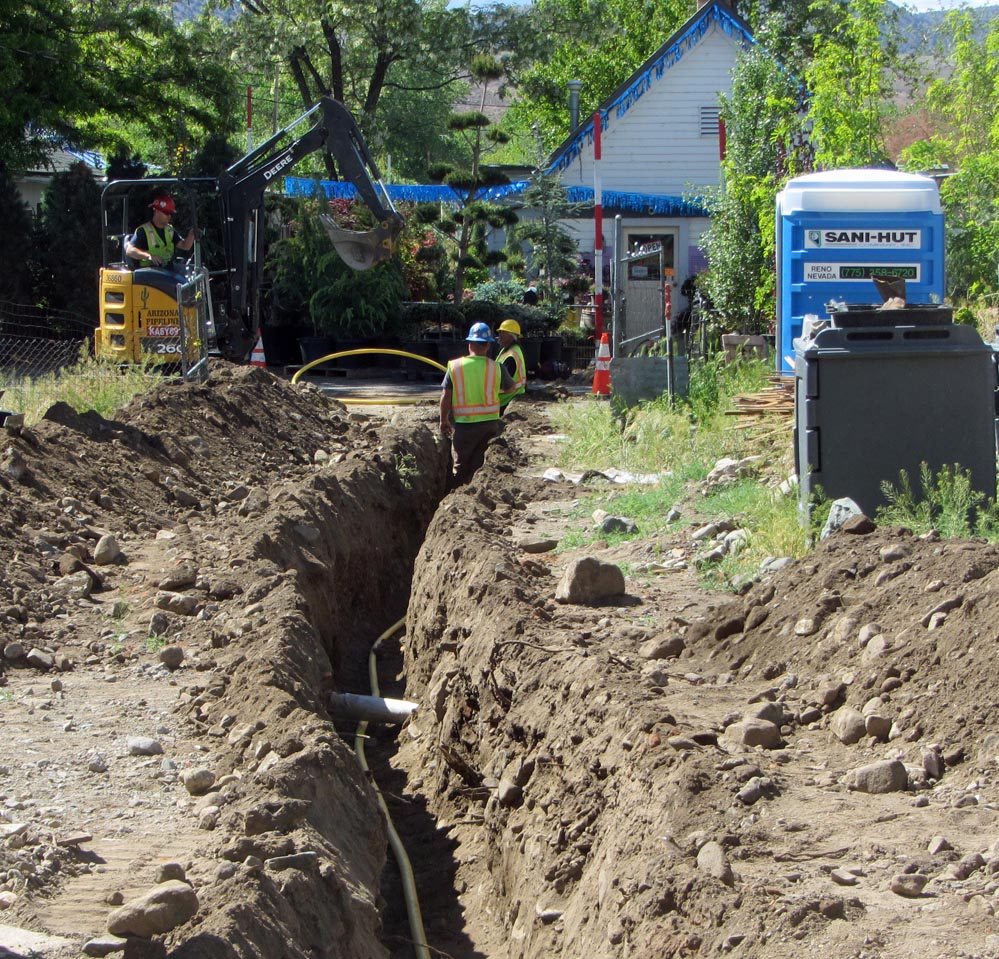 In order to stay out of the way, I busied myself with rescuing my treasure hoard from storage. Every six months, the storage facility has been raising the rent by 20 bucks but this time, they decided to raise it by 50 bucks so we are making the effort to clear it out before the end of the month. My first task is to bring over all the boxed items that will fit into the basement which is out of the way of work that is still occurring in the living spaces of the hotel. 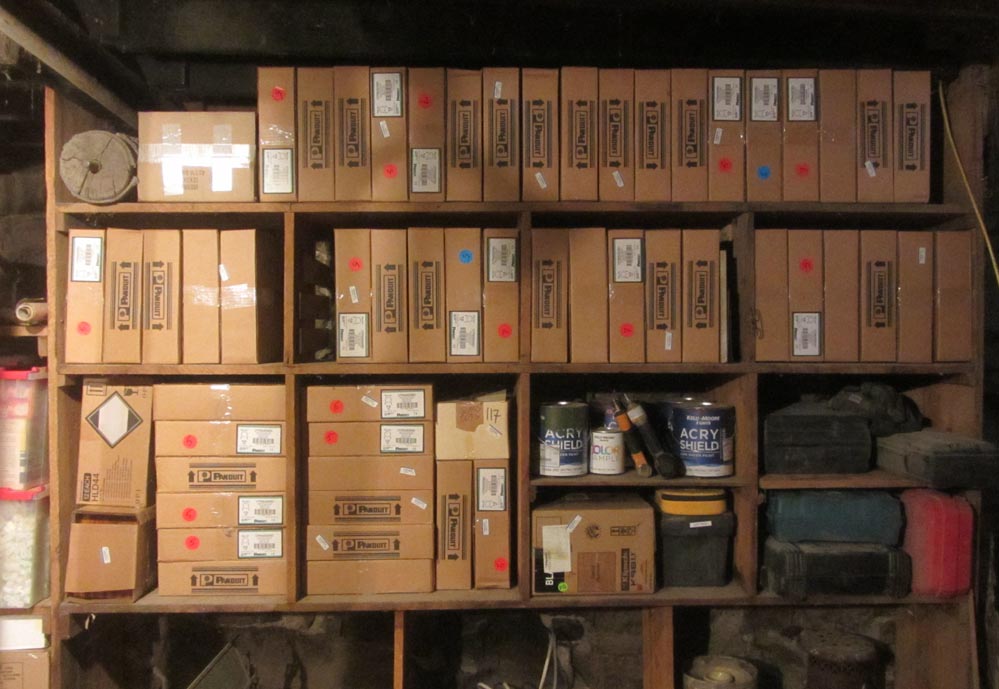 When I moved out of my townhouse in San Jose, I did not have the ability to have a garage sale so I was forced to pack almost everything. I gave away a lot of stuff but I still have all these boxes whose contents are of questionable use. The picture above is boxes of books which I’ve accumulated over the years. After two years of storage; though, I don’t feel like I’m missing most of them so the real question is, is it time to get rid of them? Perhaps there will be a garage sale in the future. 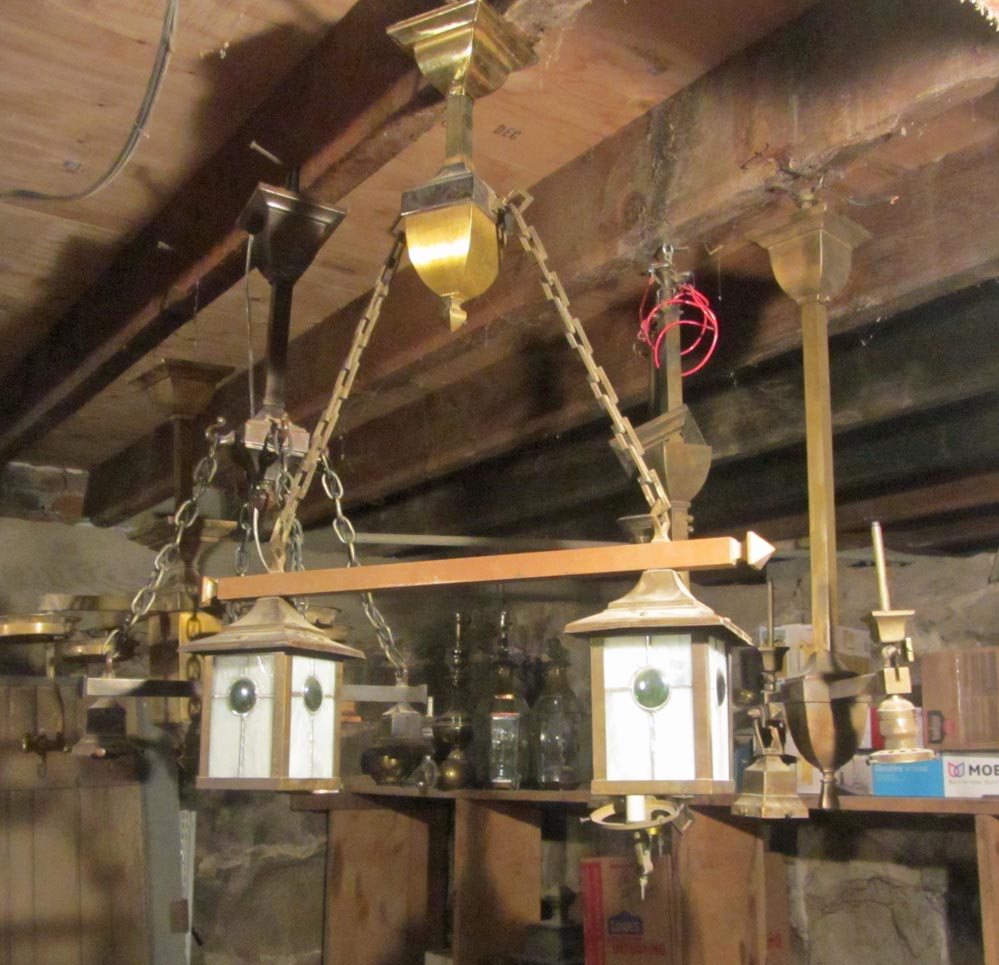 There are other things that are unquestionable keepers just waiting for a moment like this. When I was in Junior High school, I started dreaming about building my own house and collected elements that I could use. I even went so far as to buy acreage in Grass Valley for the purpose but life didn’t take me in that direction. Instead, I fell in love with a Carson City gal and found this cool old hotel. Now, the hard question is which room gets which light fixture?