We now have plumbing going in but it entailed a bit of prep work before the guys with the pipes showed up. The first order of business was to get rid of the iron bathtub on the second floor. The original plan was to haul it downstairs and place it on the sidewalk with a “FREE” sign. We were assured by a neighbor that the tub would vanish within 24 hours and reappear as a horse watering trough somewhere else. This was a really nice idea but the tub was so heavy that moving it 6″ just earned me a sprained hand.

To make things easier, I decided to tip the tub on its side so I could finish removing the iron drain pipe thus making the tub lighter by twenty pounds. In a moment of brilliance, I used a 2×4 as a lever to get the tub on its side but as the tub tipped, the drain pipe fell out on its own saving me the trouble of prying it loose. This was great except that it fell through the floor and bounced off the bar in the saloon below leaving a humongous dent in the wooden bar top. In the future, I’ll just have to explain this away as the result of a wild west brawl where someone broke a whiskey bottle. It sounds much more adventurous that way.

So, on to plan B. The sledge hammer was twenty bucks and the trip to the chiropractor was forty but seeing the pile of manageable pieces, priceless. 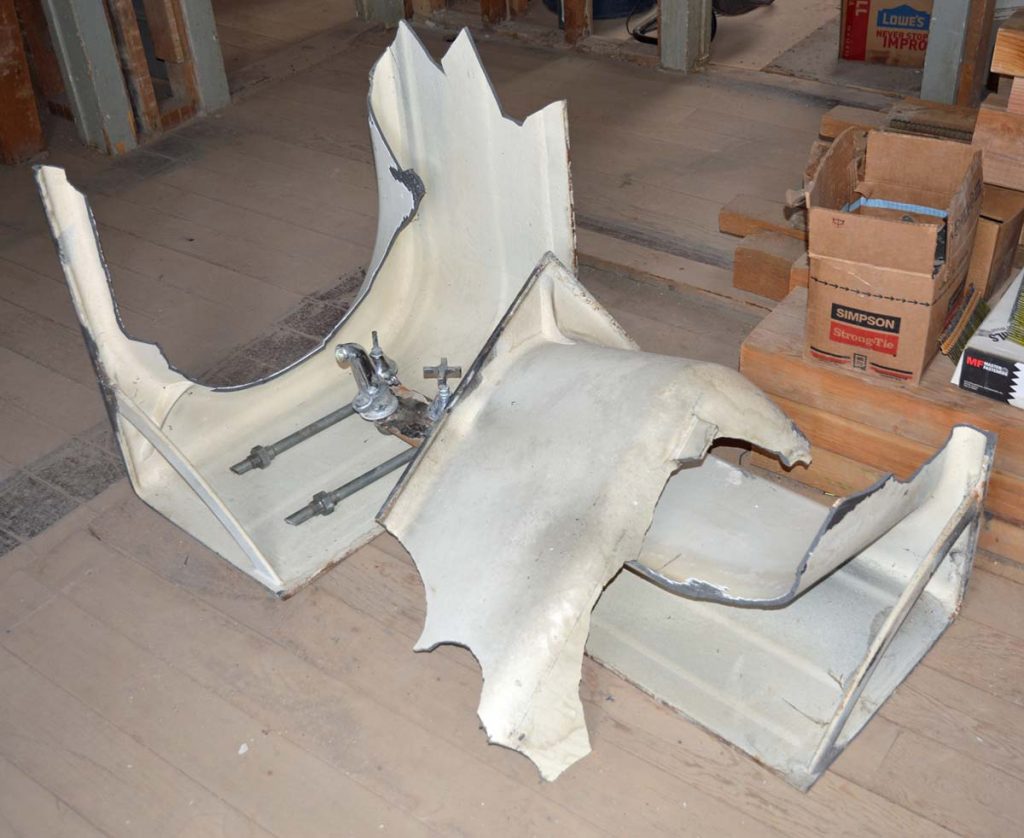 After that, it was fairly easy to pry out the stinky rotting floorboards and replace them with a plywood sub floor. 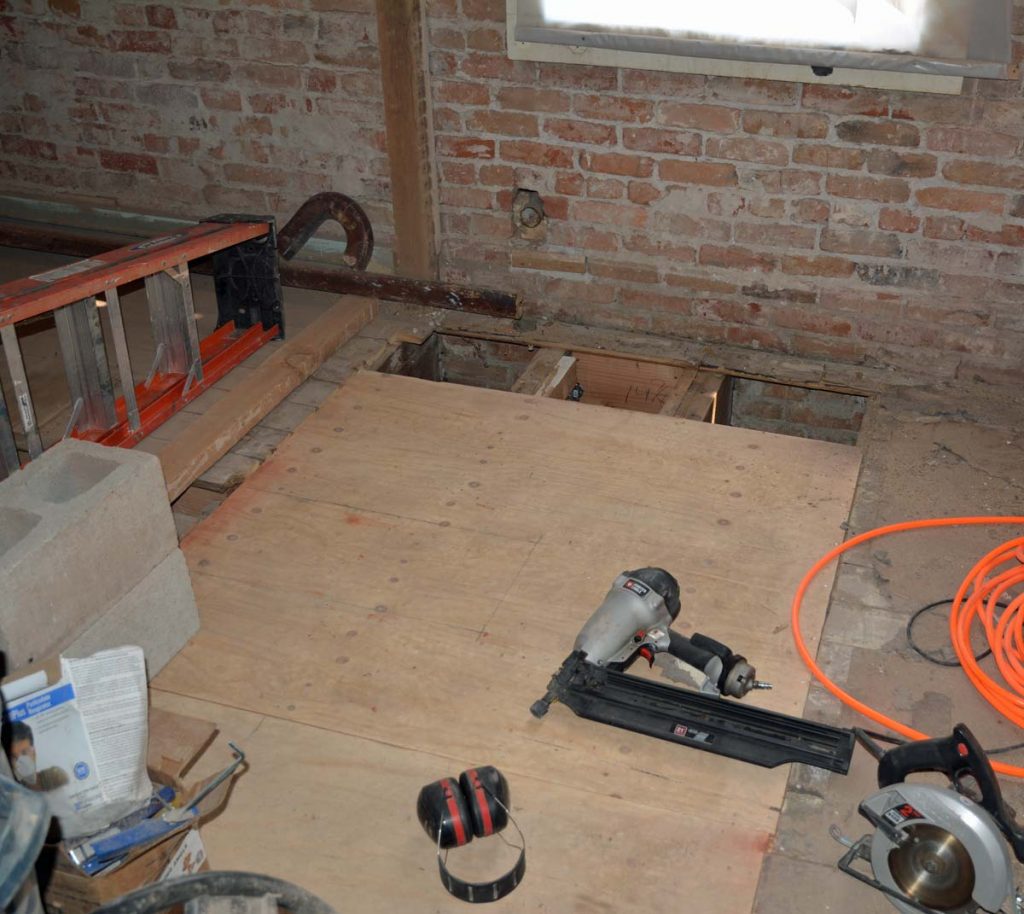 On top will go cement board and period white tiles for a twenties look.

Meanwhile, the plumbers started their work on the first floor. 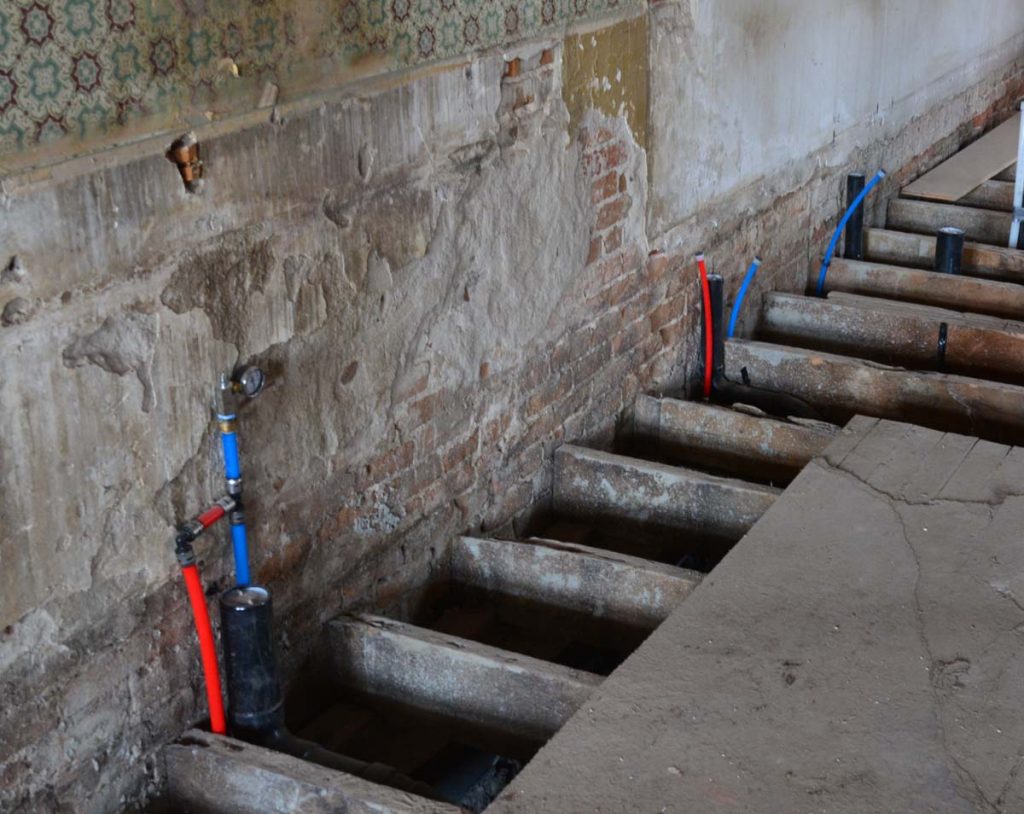 We decided to go with PEX for the hot and cold water. Copper was out because of the expense and it was a close match between CPVC which is a hard walled product and PEX. The PEX won because of its ability to freeze without bursting.