Some may consider it a shame and to others even sacrilege but in order to prepare for the seismic retrofit, the wood ceilings on the first floor had to come down. This was to make way for 4″x 12″ blocking and steel straps from the front of the building to the back. For good or bad, it’s all about upgrading the structure to modern building codes. Originally, I had planned on saving the tongue and groove pine ceiling planks to reuse but the square nails used to hold them in place also caused the wood to shatter when it was pried loose. 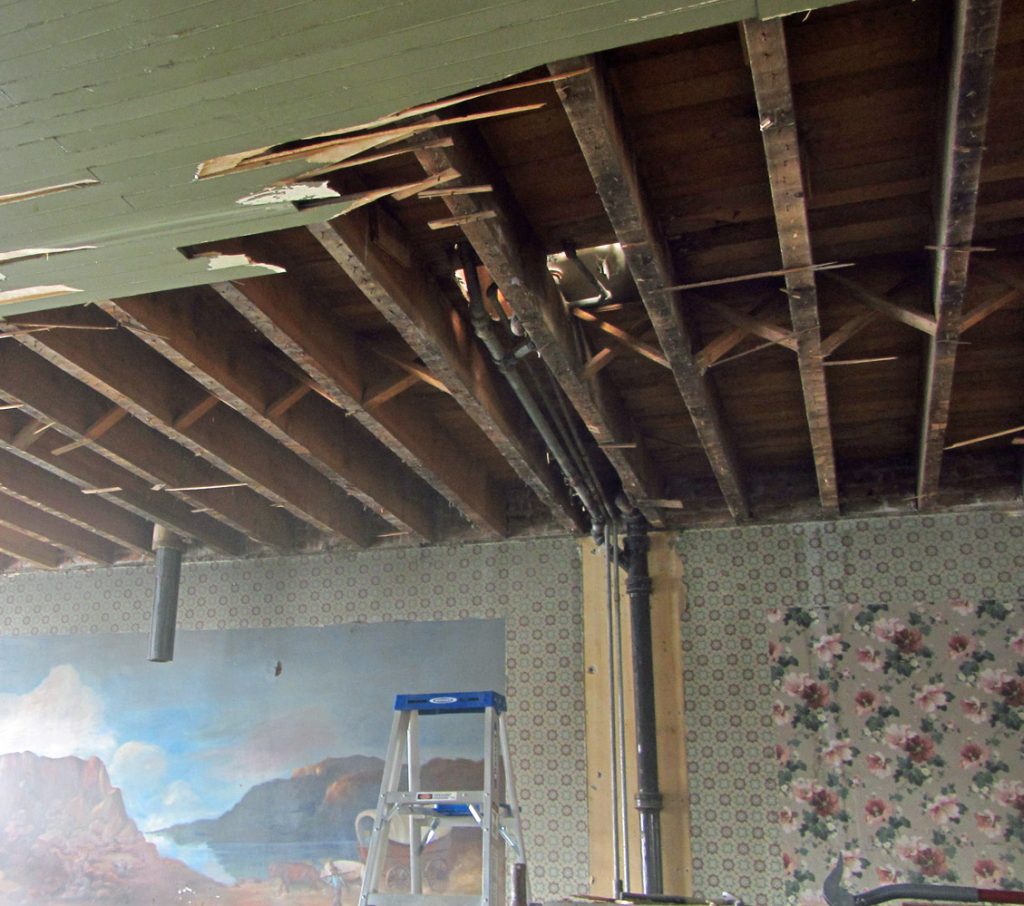 Here you can see the X bracing which was originally installed to keep the floor joists from twisting. These will probably be removed to make way for the seismic blocking which will be much stronger.

You can also see the plumbing stack to the second floor bathroom. This was an addition that was probably added in the 30s which explains why the sewer pipe drops ingloriously right through the saloon. The hotel was originally serviced by a two story outhouse in the back and space for plumbing inside the walls was never provided.

As for the iron sewage pipe, this is a detail that I would like to keep if it’s still in good shape. The reason for this is that iron does not transmit sound anywhere near as much as its modern ABS replacement. Just imagine sitting at the bar with a cocktail and listening to a loud fwoosh of you know what heading for the basement, but I digress.

As for the ceiling, removing it was a nightmare of prying and splintering while attempting to not step off the edge of the scaffold. For my reward, I was nearly clobbered by an artifact which fell out of its hiding place of 80 years under the bathroom floor. 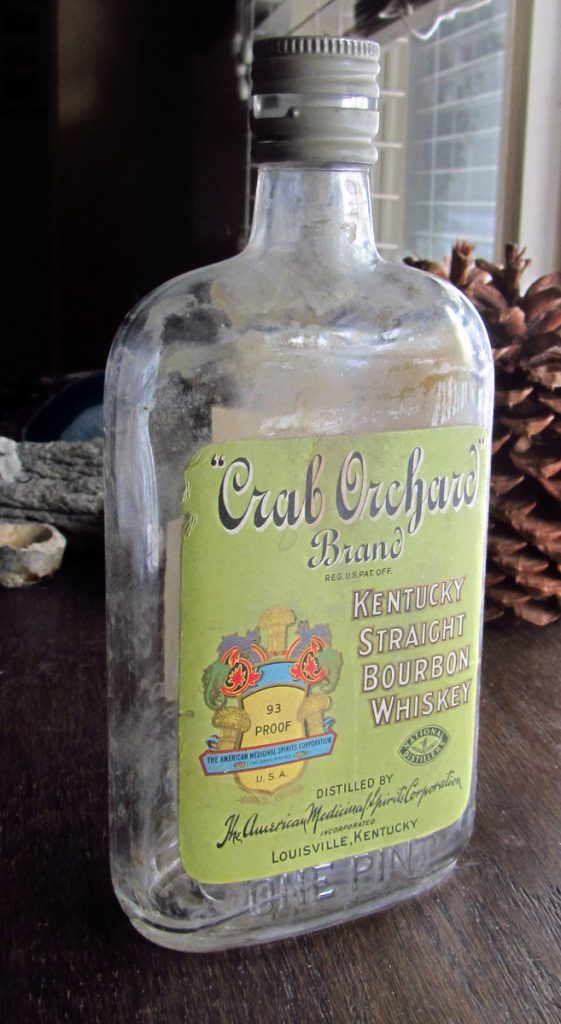 It sports a 1935 Nevada tax stamp and I suspect that it was left under the tub by a very happy plumber since the space was completely sealed up.

I'm a 5' 8" tall ape descendant with an interior design degree and a love for antiques and vintage architecture. I recently escaped from the IT world to follow my dreams and a beautiful damsel who shares my love of old buildings no matter how much dust is involved. View all posts by Dusty

3 thoughts on “So Much For Wood Ceilings”