The weather is turning cold and Katie and I are making the big push for our certificate of occupancy. The building inspector has been by to provide us with the final requirements and we now have a clear set of goals that need to be attained.

My hat is off to Katie for taking on the finish plumbing. While not difficult, the plumbing is a persnickety task requiring multiple trips to the hardware store to pick up that one last adapter that’s holding up completion only to discover that the adapter needs an additional part to make it work correctly thus another trip to the hardware store. Okay, that was a run on sentence but you get what I mean. In any case, the kitchen is now fully functional and the two bathrooms are complete except for the shower controls which will be installed after the showers are tiled.

Meanwhile, I started wrestling with the hearth that the wood stove will stand on. The stove must be fully installed for occupancy which made the hearth a bit of a rush project but I did not want it to look slapped together. The basic structure was not a problem because it would never be seen. Here we have a platform of 2x4s and plywood. 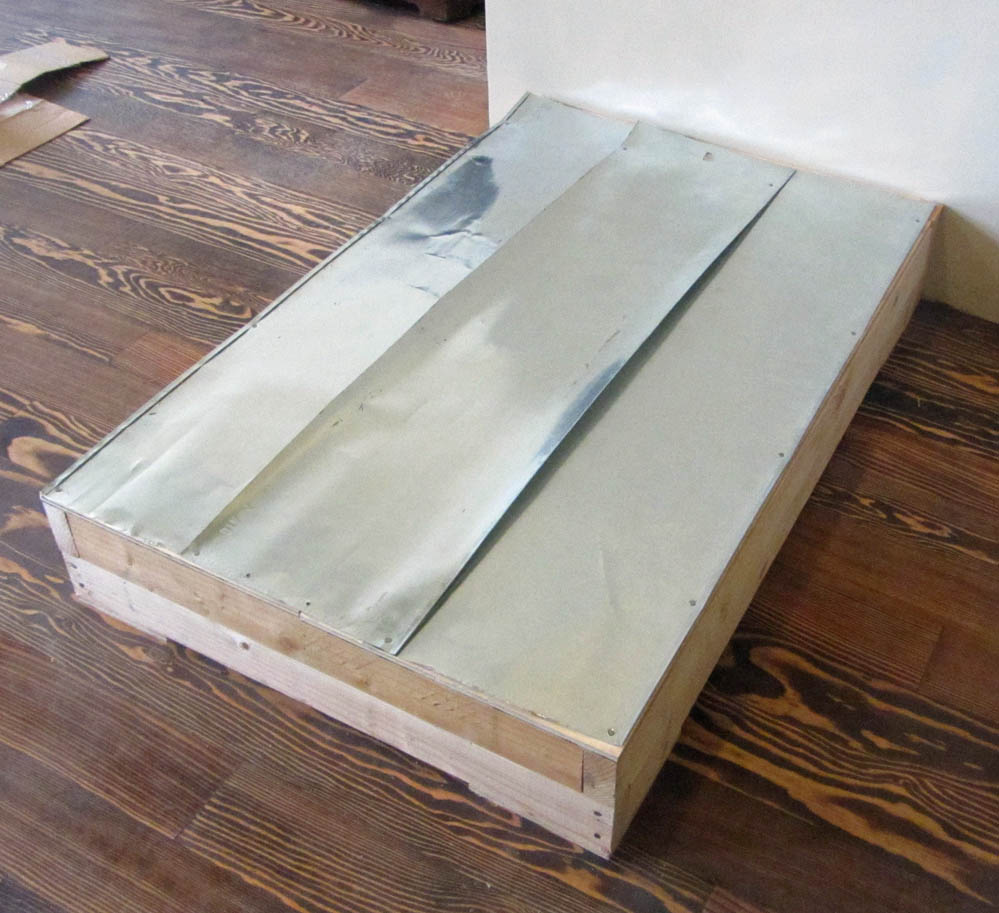 On top of the platform, is a layer of sheet metal that is required by code. I highly suspect that this is overkill considering what will go on top of the metal but it’s easier to comply than argue. The metal and sides of the platform were then covered in 1/4″ thick tile backer board. 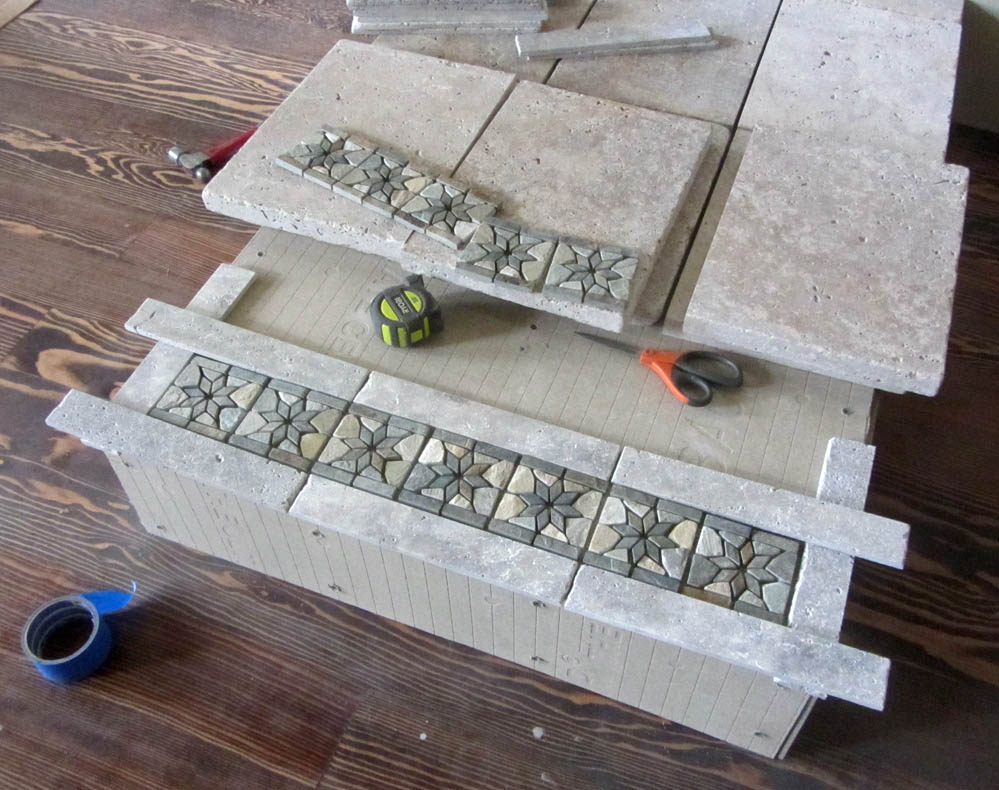 Once the backer board was secured, we started experimenting with finishes which seemed like a simple task at the time. At first we purchased porcelain tiles which looked nice but the look was not right for the space. We traded the tiles in for natural slate but then discovered that the bull nose edge pieces that we needed to finish the top were expensive and would have to be special ordered. But then, our tile salesperson, got an idea and showed me a dusty crate of orphan travertine pavers. They were an inch thick and would not require a bull nose like the slate and there were just enough to do the hearth. I bought the lot at a discount thus fulfilling my love of using recycled and surplus materials.

Once the parts were assembled, it was just a matter of gluing everything together and grouting. 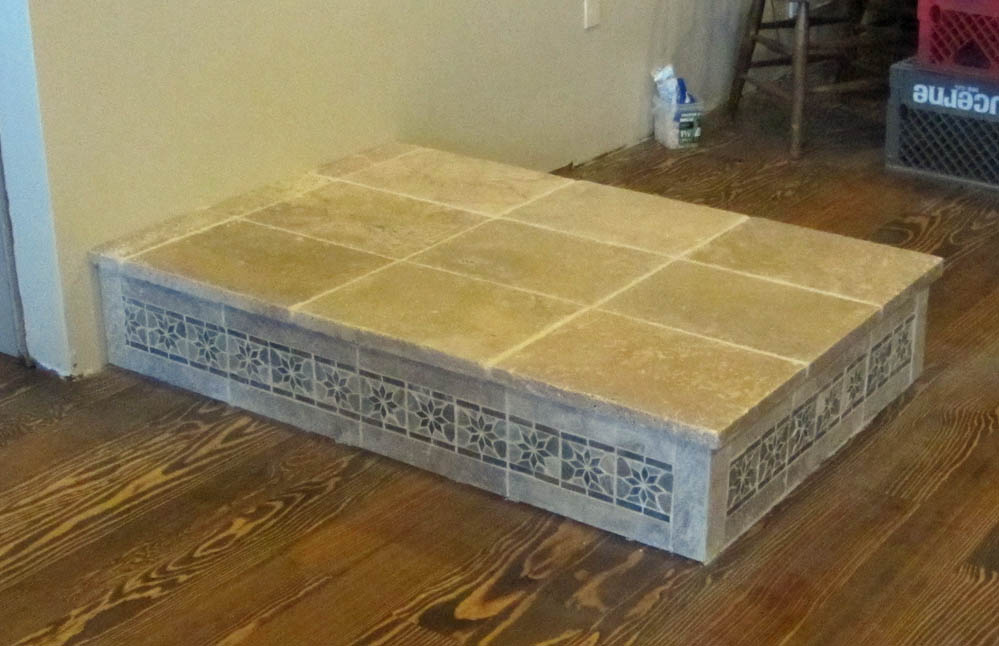 Eventually, I’ll add a small wood molding around the base to dress it up but in the meantime, it’s good enough for occupancy and the stove will go onto the hearth this week.

For the next projects I will be reinstalling the original banister and Katie will be tiling the upstairs shower stall with white subway tile.