In the last post, we shared quite a bit of backstory about Iva Gruber who was the granddaughter of Carolyne and Charley Gruber, the original builders of the Union Hotel. Iva’s story was so fascinating to us that it inspired Katie and me to do a little more otherworldly investigating on our own. This started with binge watching two seasons of Ghost Adventures and when our heads were full of unexplained sounds and floating spirit orbs, it was time to have some fun on our own.

Katie and I booked a ghost hunting tour at the Gold Hill Hotel which is a famously haunted venue. The event was interesting in that it was led by a group of paranormal investigators who showed us how to use dowsing rods, digital recorders and a gizmo called a spirit box which is simply a high speed radio scanner. Apparently, ghosts can communicate in certain FM radio frequencies. We had quite a bit of luck with the spirit box picking up voices and we ostensibly made contact with half a dozen different personalities all with differing voices. Was it legitimate? It seemed so in that the voices on the spirit box were answering our questions in an intelligent manner.

So, how does this relate to the Union? Well, it doesn’t yet since we’ve not used the spirit box there. There are; however, indicators that we may have some luck. When we first purchased the Union, it was my job to wade through all the old furniture and junk to measure the floors and create a floor plan for the county. While doing this, I always had the feeling of being watched which was just plain spooky. Then, when we began to clean the place up, the mood changed completely. The spookiness went away and the general atmosphere became rather welcoming as if our efforts were really appreciated.

As for spirits appearing, there was not much to mention early on. Occasionally, I would see a black and white dog out the corner of my eye and at some point, one of the neighbors mentioned that there used to be a dog of that description living at the Union but It was nothing really convincing. 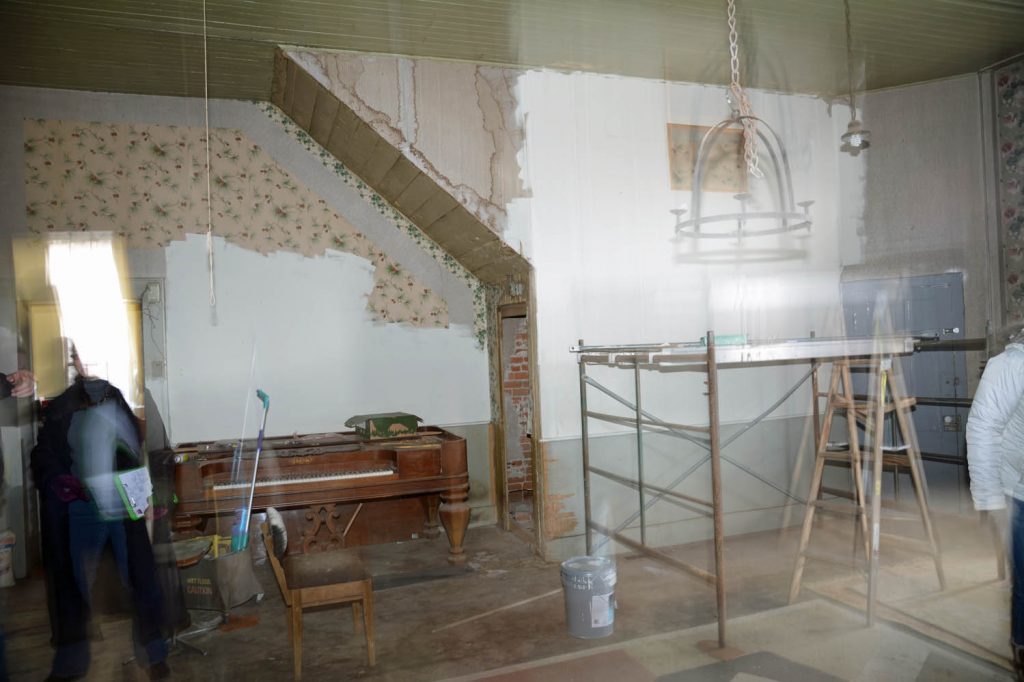 This picture is an example of “nothing convincing”. It’s the result of a very slow shutter speed and an unsteady camera.

More recently; however, Katie and I have experienced a few things that raise an eyebrow. Katie has heard muffled voices from the new kitchen which used to be the Hotel’s dining hall. Also, Katie and I have both experienced fragrances in the saloon. If you’ve been reading the blog from the beginning, you will know that the only fragrance the saloon had to offer when we bought the place was that of well aged dog pee. Now that the doggie pew is gone, the only thing that should be there is the scent of fresh lumber but Katie smelled a strong rose perfume that followed her up the stairs. I was later treated to baking pie smells near the door to the old kitchen. I checked all the windows and doors to see if it was coming from outside but it wasn’t. I even thought that it might have come from J’s Bistro across the street but their only scent is that of sautéed onions and garlic in preparation for the evening meal. It’s a lovely smell but not apple pie.

So, what can we conclude from this? I think that if the place is truly haunted, the spirits are very happy with us sharing their space. There’s also the prospect of some of the best Halloween parties ever in a real old west saloon!

Oh, and for those who prefer plain solid evidence over the ethereal variety, here is Charley Gruber’s signature from 1870. 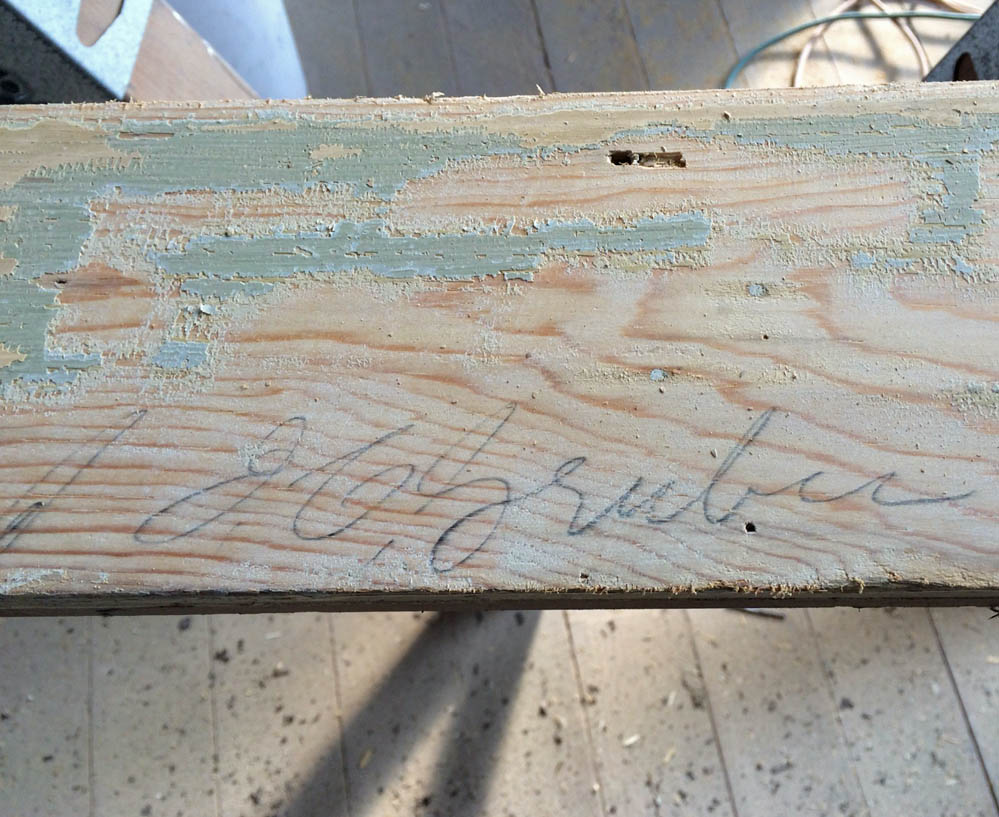 This is an old window casing that I scraped the paint off of. Since his signature was on more than one casing, I speculate that he went to the lumber yard and put his name on each window that he wanted delivered to the hotel.