If you’ve driven up Silver Street Lately, you may have noticed a big hole in the ground behind the hotel. This was due to a chance meeting of one of our neighbors. John, a bottle digger of many years, won my confidence and we agreed to take on the challenge of finding a privy hole together. So, with visions of buried treasure right in our own back yard, we sank our shovels.

Previously, I had used the 1890 insurance map to locate a privy at the far southwest corner of the wood extension behind the hotel. The foundation blocks were still there but they were not telling the full story. I was digging in the wrong place and this was apparent when the pick hit solid river rocks and 18” and my fillings dropped out from the impact.  John took a closer look at the map and figured out that the foundation that I was measuring from was not the same as the map and that the privy was actually 10’ farther south from my hole. 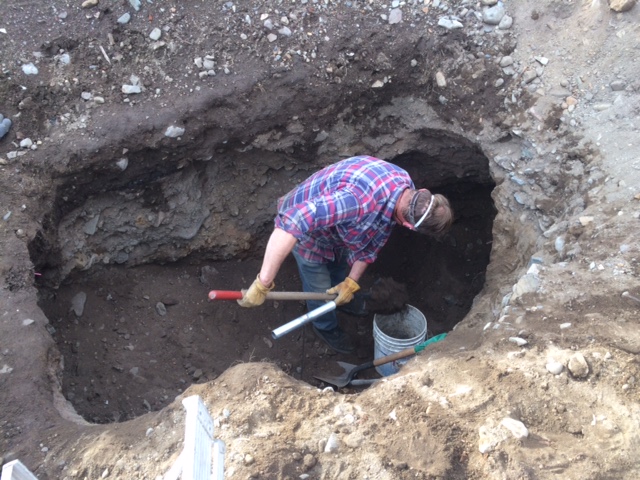 Digging commenced in John’s new location but we soon discovered that the old sewer line from the 80s cut through the corner of our privy. It showed signs of being dug previously but undaunted, we kept digging in the hope that whoever dug it before missed the corners or never made it to the bottom. As it turned out, it was not completely dug out but it was quite apparent that the original owners kept their privy well scooped out so there was very little to find in the way of bottles or other trash/relics.

What the earlier bottle diggers did not discover is that our pit adjoined two other privy pits which we tunneled into. We still didn’t find much but in the end, we had two complete champagne bottles, a couple square medicines, a hand made toy pistol and one bottle marked “Job Moses”. 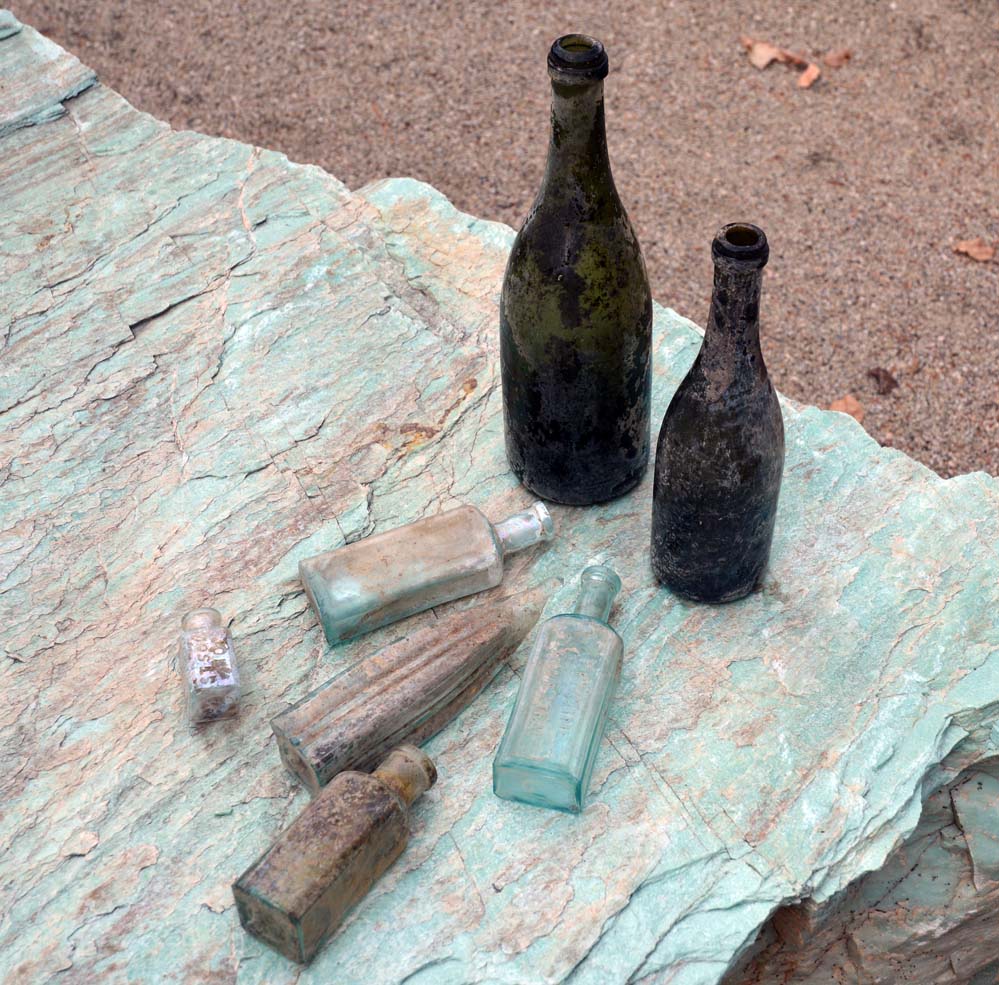 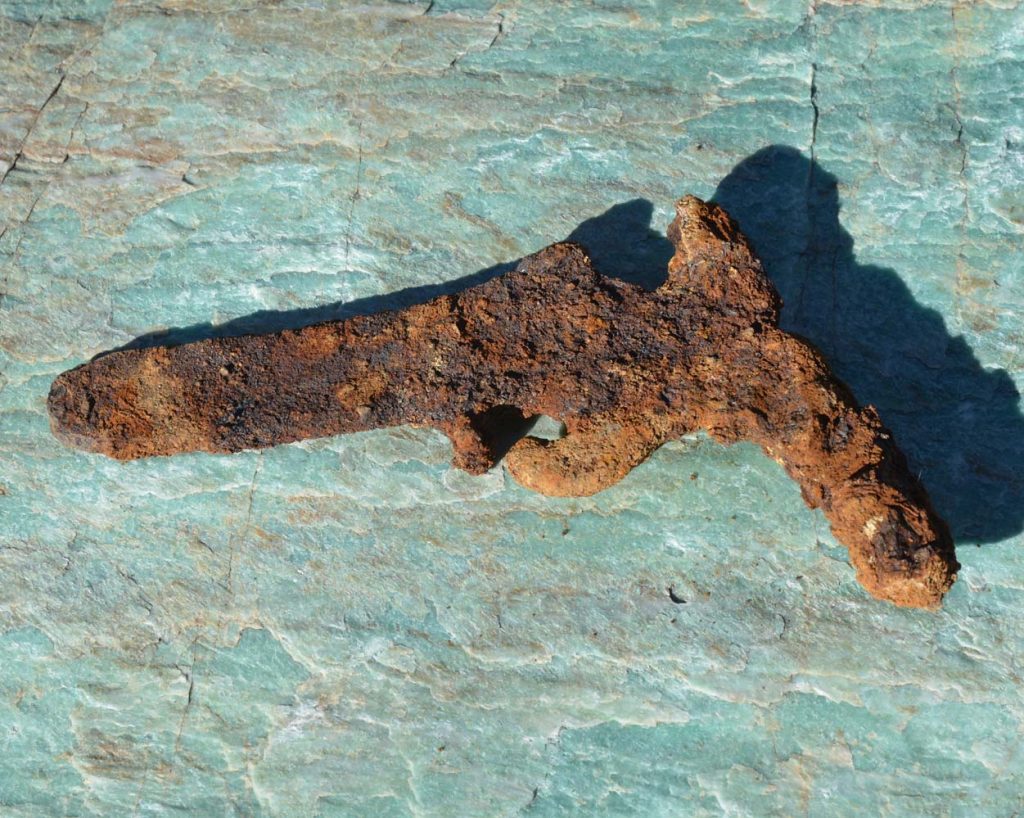 The Job Moses bottle was of particular interest because it turned out to be an abortion pill from the late 1800s and suggested a shady occupation that may have been practiced in the hotel back then. 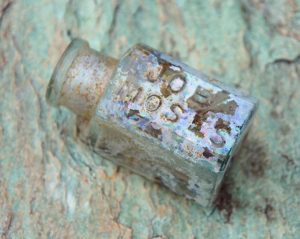 At the end of the day, the take wasn’t much but we did have one more surprise in store. While filling the pit back in, Katie was picking at a few dish fragments in the side of the pit and discovered yet another privy hole adjacent to three that we had already dug out. Well, that’s an adventure for another weekend.