One more check paid to the county and the permit is issued! The blocking is progressing and the saloon ceiling looks pretty impressive.

The new blocking with the steel straps is pretty massive when compared to the original X bracing which remains as a reminder of the past. As expected, I’m hoping that we never have an earthquake but part of me would really like to see how this works during the big one.

On the exterior, the repointing on the hotel structure has been completed and it looks a heck of a lot better than when we bought the place. You will note that the left parapet has been rebuilt and there is no more hole in the wall below the downspout. Also, the 1950s carport will, eventually, come down and the back of the hotel will be displayed in all its glory again. 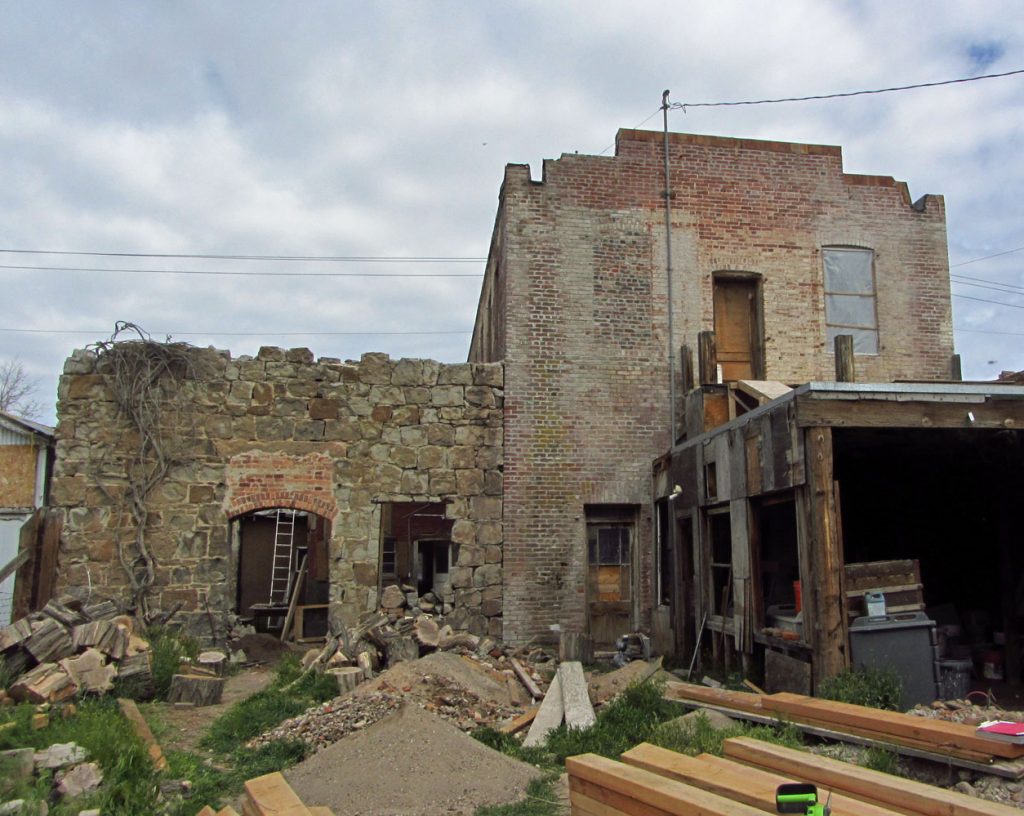 The Pony Express building could use some help as well but that is for a future project. The plan is to repoint the stones, rebuild the window and then add a concrete bond beam to the top to hold together the loose bits and prevent rain from seeping into the interior of the wall. With that done, the wall should be good for another 150 years. 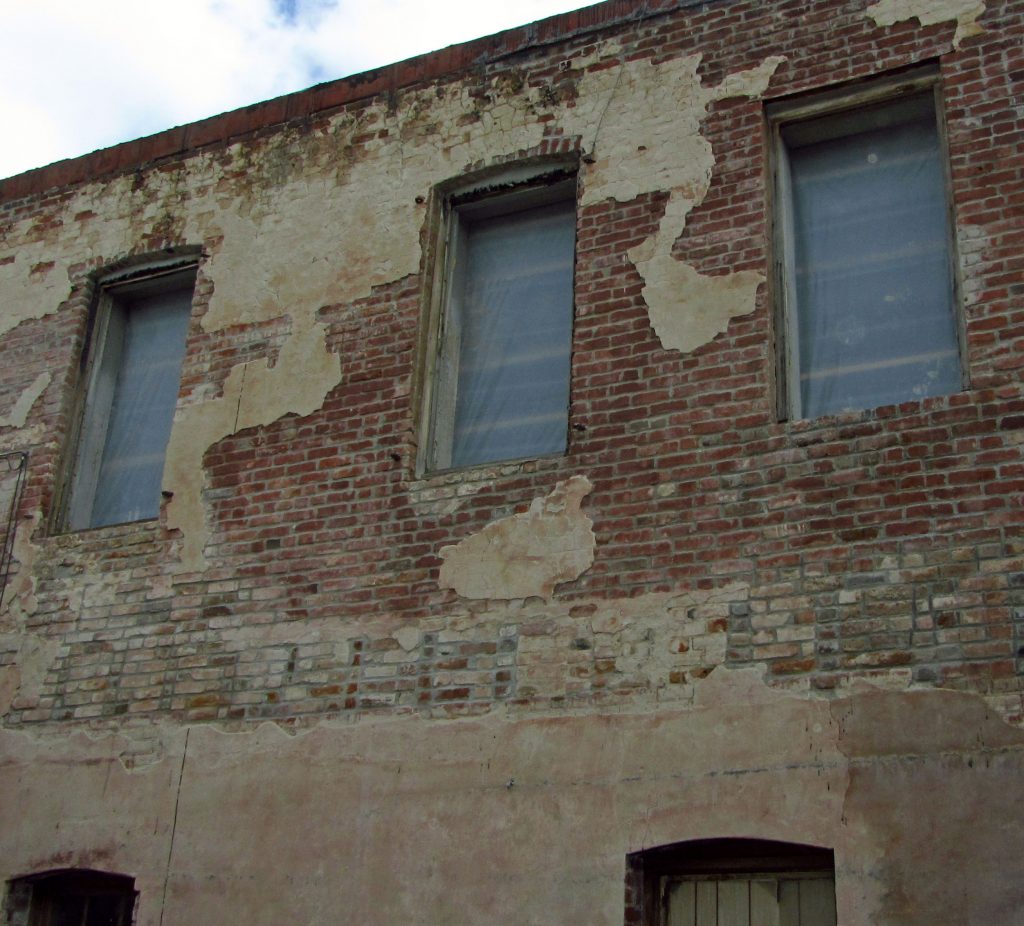 Even after the repointing, the hotel walls retain that original wild west look. The interior of the Pony Express yard shows it the most with the remains of the original plaster. I’d like to leave it this way to show the age of the building. The front and the east side wall are currently painted and I will probably repaint them a brick red which is historically correct.

We are so happy. The sun is shining, the new porta potti has been delivered and there are contractors on the horizon. 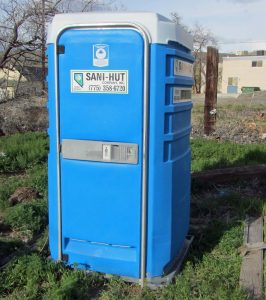 This means that the permit for the seismic retrofit has been submitted and we’ve been given the green light from the county to start with the prep work. This includes some of the preliminary blocking to reinforce the floor and roof joists that have been carrying the load since 1870. I suspect they need a breather after all that time. 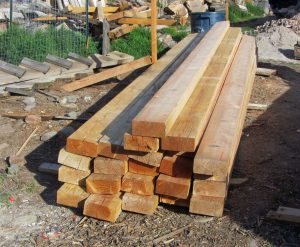 The other big event came this morning when the county reinstalled the missing water meter so that we now have a working hydrant on site. 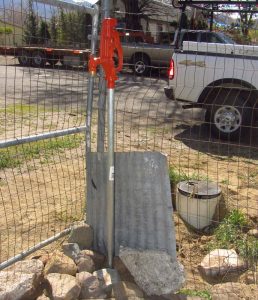 The old water meter was removed years ago apparently for plumbing leaks in the hotel. I don’t doubt the veracity of this claim; in fact, when I tried to cut some of the old water lines in the basement, the vibration from the saw caused the pipes to break at the joints before I could even cut through the metal. This is a very good reason to wear a hardhat on site and possibly a set of football shoulder pads for good measure.

Of course, the need for my labor on site has decreased since the demo is mostly complete. My current job is writing checks and watching contractors until they get nervous.