In anticipation of getting the hotel weather tight again, we are in search of vintage materials to replace what is beyond hope. We currently  have four exterior doors that are too badly deteriorated to use but finding replacements has been a challenge. I don’t know of any architectural salvage places in Nevada and even a trip to Urban Ore in Oakland failed to turn up the right kind of door. What the hotel needs is glass top doors like the one shown below. 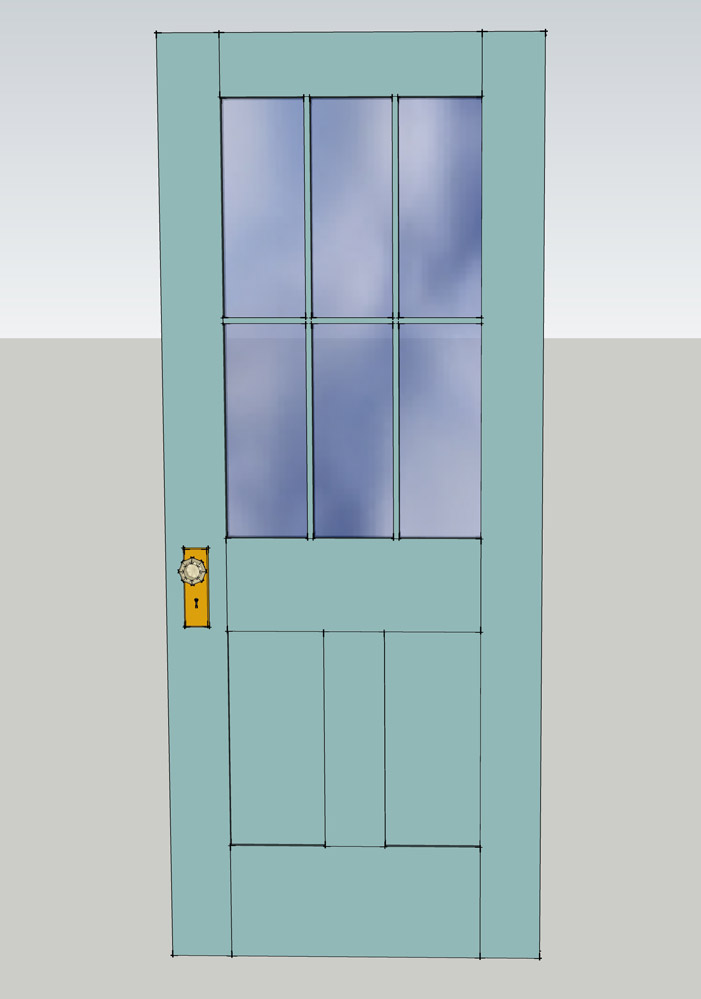 We’ve seen them on other buildings in Nevada and the California Gold Country so I know they are not rare. With luck, and help from our loyal fans, I’m hoping that there are doors similar that can be obtained for reuse in the hotel.

Also, In the spirit of recycling, we’re looking for old kitchen cabinets that can be refaced. Something bland but sturdy from the pre particle board era would be perfect so if there is anyone out there who is remodeling a kitchen, we may be able to use the cabinets.

In our last episode, we were tearing out the first floor pine ceiling to make way for seismic blocking and now, after much dirt in the hair and several trips to the chiropractor, that job is finally complete. The reward for all this hard labor is; of course, more hard labor and in this case, it’s the floor. For the seismic retrofit, the entire perimeter foundation requires concrete and rebar to keep the walls stable when the big one comes. This is all well and good except that it requires removing 24″ of flooring around the entire perimeter foundation.  Woof! 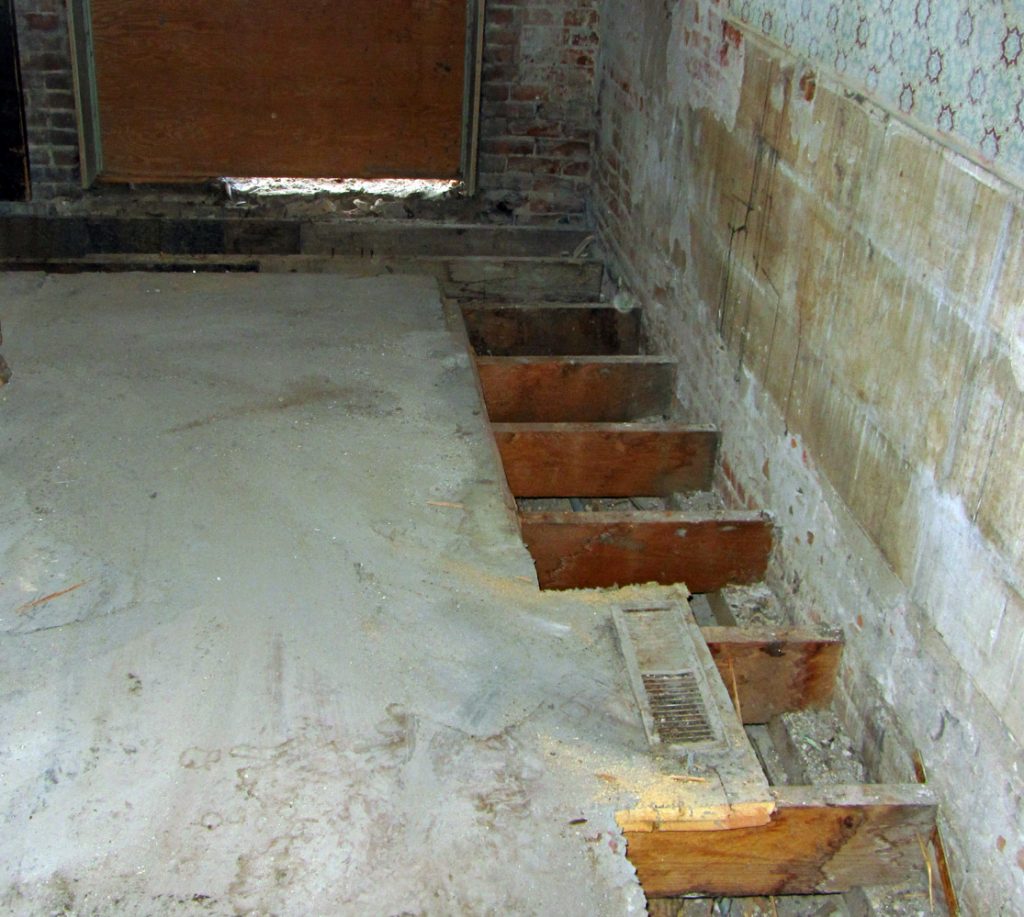 It’s not a pretty sight and adds a considerable trip hazard but it does allow us to add to our decorative trash collection in the back yard. 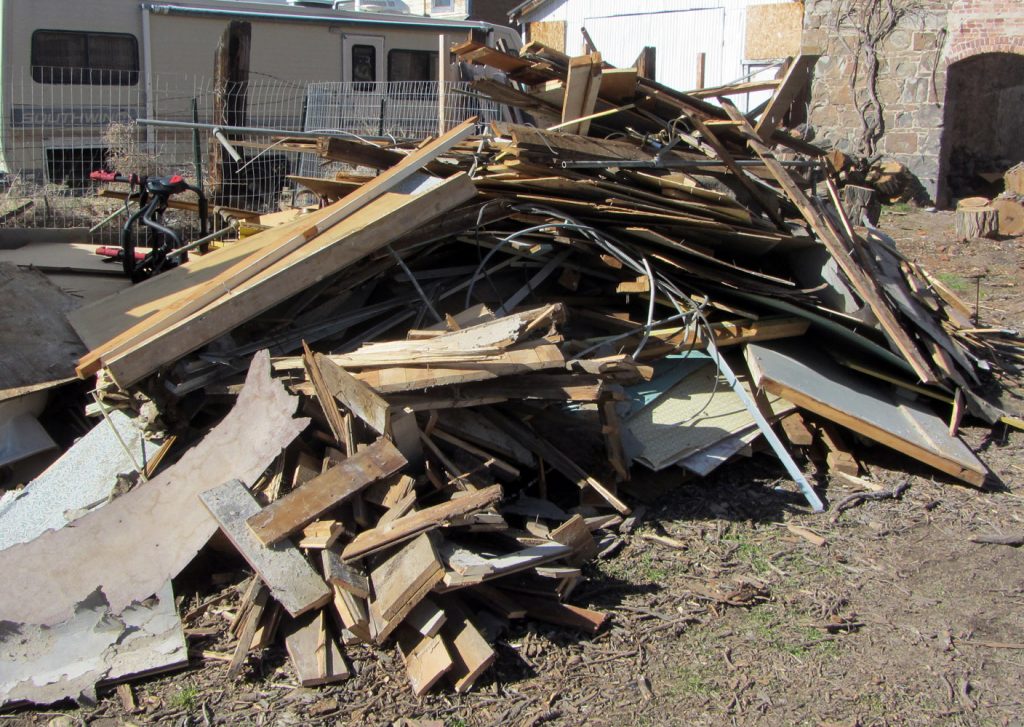 Another benefit is that the smell of ancient dog is slowly diminishing. It seems that many past pooches had been allowed to baste the base boards with their own particular perfume and as we remove the woodwork, their handiwork is headed off to the dump where it will be lost in the greater pong.

Another benefit of pulling up the flooring is that we’ve found lots of stuff in the crawlspace including evidence that my wife and I were not the only ones who’d lost our marbles on this venture. 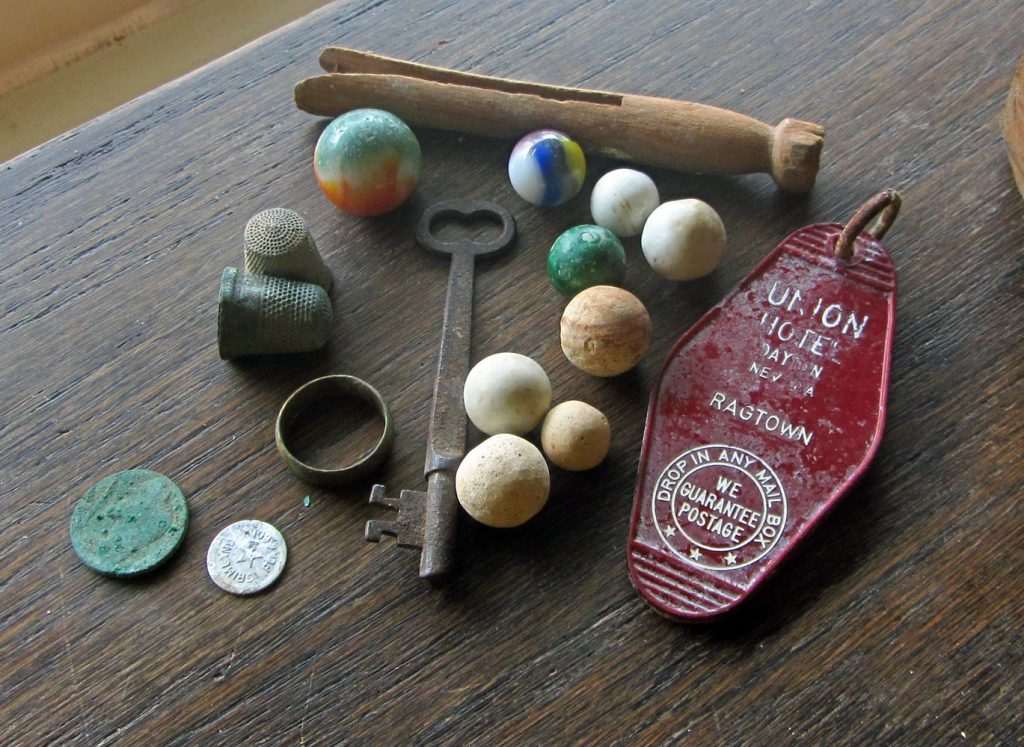 We’ve not yet found the Mason jar of gold coins that was rumored when we bought the place but we did find the gold wedding band you see above. We also found a mummified cat that we reburied with honors in the back yard. Hope he does not come back to haunt us.